Titans of the Sun 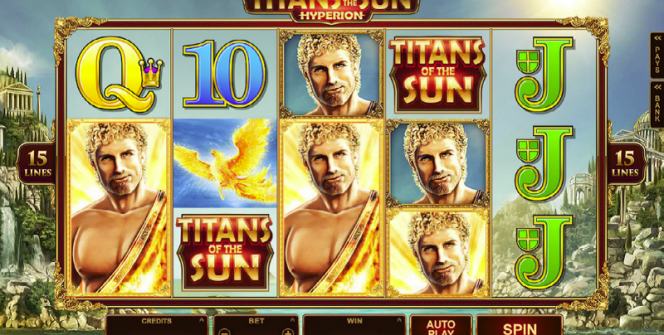 Titans of the Sun – Hyperion Will Shine This October

Play “Titans Of The Sun Hyperion” !

If you hit a Microgaming casino this October and think your eyes are deceiving you, then don’t worry. Microgaming have indeed released two separate Titans of the Sun games, Theia and Hyperion and in this review, we are going to be taking a look at the male Titan, Hyperion.

First up, Titans of the Sun Hyperion is a 5×3 reel game that features 15 paylines. All paylines are in operation on every spin, though you can wager just 0.01 on each payline for a minimum spin cost of 0.15. That means you don’t need a Titanic budget in order to get the reels spinning on this slot. 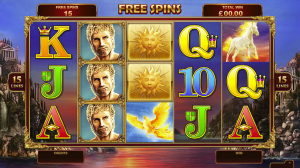 What is interesting about the games in the Titans of the Sun series is that they come with some interesting bonus features. First up, the Titan Hyperion is stacked three-high across all reels and when you land two stacked Hyperion symbols on adjacent reels, these transform into Mega Symbols and can provide you with bigger wins.

The game also features the usual Wild symbol which substitutes for all symbols in the game, bar the scatter symbol.

There’s also a brand new feature available on the slot called the Mystery Symbol. These symbols are also stacked five-high across the reels and when landed, they transform into a single symbol when they land on the reel, improving your chances of a win. 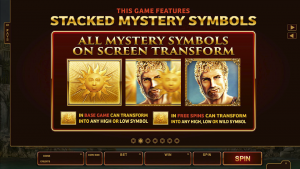 Of course, no modern slot would be complete without a test spins round and there’s another one here. Three or more in game scatter symbols launches 15 test spins and during this round, Mystery Symbols can not only reveal the usual high and low symbols, but also Wild symbols for an even greater chance of a payout. Better still, test spins can be retriggered for even greater wins.

With sumptuous graphics and sounds, simple yet enjoyable gameplay and the chance to win up to 75,000 coins, Titans of the Sun Hyperion is a demon of a slot.

Did you like this article? Find more exciting online casino reviews in our slot section!